Forbidden Loves and Secret Lusts: Selections from the Golden Age of Queer Pulp Fiction is an exhibition that highlights both gay and lesbian queer pulp novels. The first encounter that many Americans in the 1950s and 1960s had with queer sexuality came at the train station or supermarket, where the paperback racks were filled with pocket-sized volumes bearing the images of brazen women or shadowy, yearning men splashed across their covers. These pulp novels, with their titillating cover art and promises to take the reader inside the shadowy world of queer love, were the first widely available media depictions of same-sex eroticism.

Books were surprisingly difficult to come by in the first half of the 20th century; until the 1940s they were only available in expensive hardcover editions and were sold exclusively at bookstores, the vast majority of which were located in big cities. 1949 saw the first books to be published originally in paperback. These paperback originals were much cheaper to produce than hardcovers, which gave publishers an incentive to take a gamble on publishing different types of genres, including mysteries, science fiction, and books featuring queer storylines.

These queer pulp novels proved very popular with both gay and straight readers, with many titles selling in excess of a million copies. These sales figures encouraged publishers to continue to seek out new books about queer desire to meet the growing demand, ushering in the golden age of queer pulps. 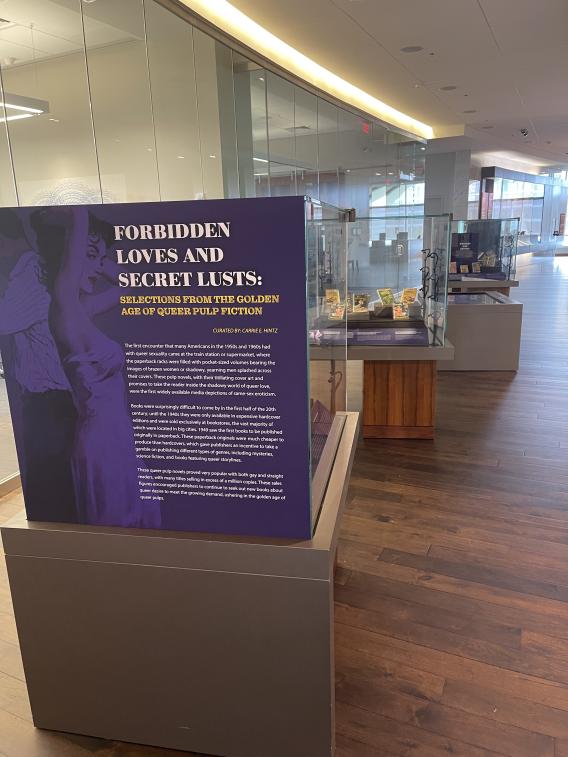